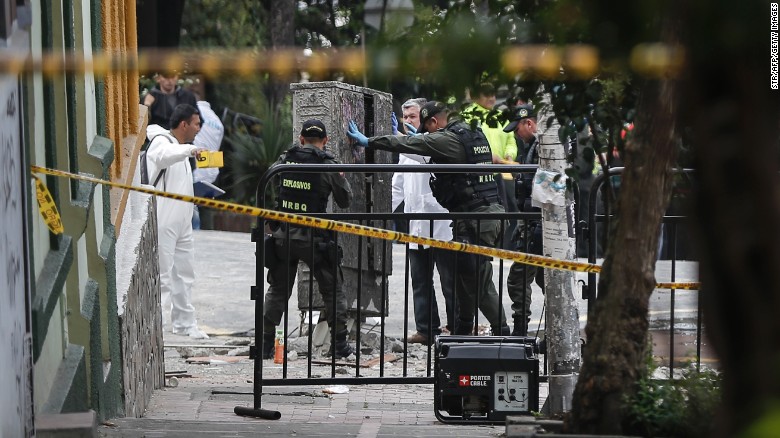 In explosion Sunday near the Santamaria bullfighting ring in downtown Bogota, Colombia, injured at least 31 people, many of them policemen, according to reports.Two of the 31 were seriously injured, Mayor Enrique Peñalosa tweeted. At least 10 police officers were hurt, according to the Bogota police press office. A dozen suspects were taken into custody, the press office said.

Our Heavenly Father, shield the country of Colombia with the blood of Jesus. Every act of terror within this country shall be dismantled in Jesus Christ name! October 28th, 2019admin