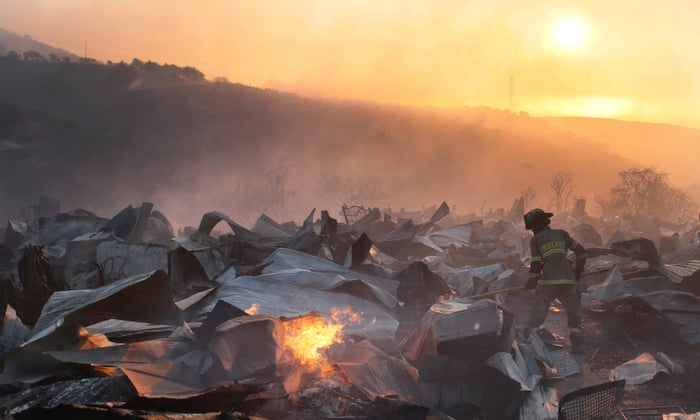 ·      As of this morning, there have been 22 tornado reports in Illinois, Indiana, Iowa, Missouri, and Tennessee. There are two more tornadoes expected to hit the Southeast and eastern regions of the U.S. by Thursday.

·      On Tuesday evening, a man was killed in Missouri after a tornado and baseball-size hailstones blew about 20 cars that were parked at a nearby junkyard onto the freeway. Two other were found dead following tornadoes in areas of Illinois.

·      Although the U.S. tornado rate was below average in 2016, the tornado monthly average in 2017 is already 4 times greater than what was reported from 1991-2012. According to the National Oceanic and Atmospheric Prediction Center, there has been 138 preliminary tornado reports thus far in 2017.

·      On February 26th, millions of people are without water after heavy rains struck Chile over the weekend during the country’s usually dry summer months, leaving three people dead and at least 19 missing. The rains, which caused rivers to overflow their banks, have affected the drinking-water supply for over a million households in Santiago have been affected.

·      The record-breaking heat wave in New South Wales has put an enormous strain on the country’s electricity supply. The state government has urged the public to reduce energy use but a series of supply failures have

·      On February 18th, at least three people have died after one of California’s strongest storms in years brought torrential rain and flash floods to the state. More than 100 homes were evacuated over fears of mud slides near Los Angeles after the pacific storm

·      On February 17th, due to the return of hot and windy conditions, a bushfire has destroyed at least 15 homes in New South Wales

·      As of February 6th, more than 135 persons have lost their lives and 52 were injured as a result of avalanches and freezing weather in 22 provinces in Afghanistan. More than 168 houses were destroyed and 340 cattle killed.

·      On January 2nd , more than 100 homes were destroyed after a forest fire spread to the hills of the Chile. The fire was said to have been fanned by gusty winds and high temperatures. More than 400 people were evacuated from their homes, with authorities saying just 19 people were injured.

Heavenly Father, disband every rise of natural disasters across the nations in the name of Jesus! Every such powers are rebuked by the blood of Jesus! March 1st, 2017admin

You can find us at